This is Absolutely Essential to Ensure Salesforce Adoption 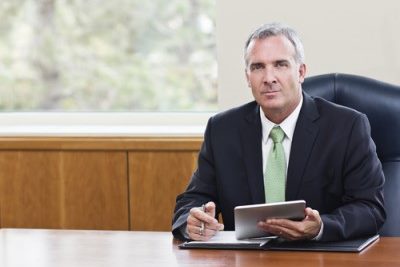 When an organization deploys Salesforce, and wants to ensure a high adoption rate, it’s not nearly enough to give the sales people access to the licenses, and then simply proclaim, “Well, you’ve been asking for this tool for a long time now, so here you go. Now go sell more stuff”. (Or something to that effect).

No, there’s just a little bit more involved than that. Although, from a number of organizations that we’ve spoken to, you wonder if they’re aware of this.

Salesforce Adoption Starts at the Top

Now, to be clear, executive sponsorship is commonly misinterpreted by many companies. Many executives obviously want their sales and service teams using Salesforce. They’re paying a fairly significant dollar to license the CRM, so it only makes sense that they want a return on their investment. But ‘wanting’ sales people to use it, and actually being part of the adoption solution are two very different things.

We’ve seen a number of instances where a member of the executive team makes the proclamation, usually right before a training event, that the expectation for the team is that EVERYBODY is using Salesforce from here on in, no exceptions. Except, you can guess what happens next. Those very same executives are the last to actually open up Salesforce, access a report, send a Chatter post, log a call, or perform any other number of useful Salesforce functions. They say they want everyone to use Salesforce, but that means that they must be part of the ‘Everyone’. In fact, not just a part of the ‘everyone’, but optimally, part of the group of initial users.

Here’s a prime example of an instance where that happened. This story was relayed at the latest Dreamforce conference in San Francisco. Salesforce had just launched Chatter a couple of years earlier at a prior Dreamforce. No one knew quite what to make of it. Was it a replacement for email, Instant Messenger, Twitter…? What was it supposed to do? No one really knew. But that Monday, following the conference, the entire company got a Chatter post from, you guessed it, Marc Benioff himself. He commented in Chatter that he wanted every single user to post their own Chat by that Friday…or else. Well, you can imagine what happened next. A lot of Chatter posts went out in very short order. Now, talk to a Salesforce employee today, and they love the power and effectiveness of Chatter.

Now, if you’re reading this and you’re an executive, then you should know what to do when you roll out Salesforce, or even a new feature of Salesforce. But what if you’re just a mid-level manager, and you’re reading this and you’re thinking – yeah, this is exactly what’s happening at my company. It’s not like I can tell the executives to start towing the line. You’re 100% right, no more so than we can tell executives what to do when we come in to consult with companies.

How to Get Your Executives on the Salesforce Adoption Track

So is there a solution? You bet there is. As a front line manager your sole job is to improve performance of your team, and one of the best ways is to use Salesforce as one of the tools. So, as a manager, you need to get your team to buy in. You want to show them how to use Salesforce to improve their productivity and create efficiencies in moving deals through the pipeline. Once your team is effective at using Salesforce daily, as a manager you are going to gain clearer transparency into their daily activities, their workflow, and their deal pipeline. Reports are going to have more meaning and you’ll be better able to forecast on a consistent basis.

What this will enable you to do as a manager is start sending reporting upwards. You can keep the executives in the know as you’ll be able to generate better and more accurate reports as to what’s going on in your region. As your reports start to reflect the true nature of the pipeline, and as your team continues to grow and improve with Salesforce as their tool, most executives will start to take notice. They’ll become more interested in what’s inside Salesforce and your team’s numbers as a result.

It follows the same old adage – when people see value in something they’ll start to use it. We can’t force executives to use Salesforce anymore than we can force sales people to do so. It really does start with the front line management. They are the most critical pieces of this puzzle. Once they see the value in Salesforce, they’ll ensure that their teams are well trained and effective at using it. Then, the most critical component, executive buy-in, will become a natural consequence. Unless, of course, you’re fortunate enough to work somewhere where the executives already practice what they preach.

Salesforce Training is ranked as America’s Number 1 Resource for Sales Managers wanting to improve the effectiveness of their sales teams with the utilization of Salesforce.