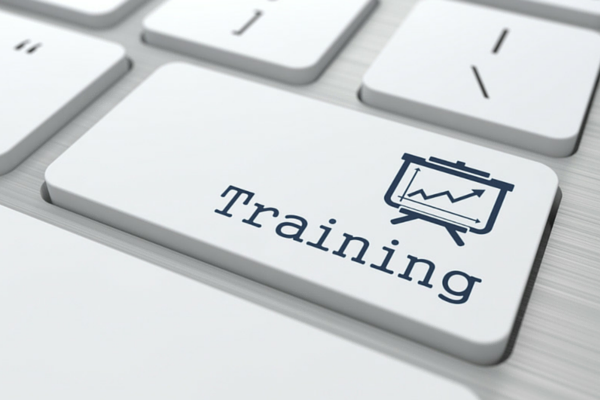 During training everyone is in a crowded room, staring ahead, learning something. Sure, that’s the easy part.

The trainer is talking; sales people are nodding in agreement. Random thoughts are coming into their heads – “yes, this makes sense, sounds pretty straight forward, I get it…hey – those Cubbies looked awfully good last night. This is their year, I know it.”

While you’re sitting there paying your undivided attention, thinking you’ve got this sales call thing nailed down, something happens.

This, my friends, is when it gets interesting.

We’ve seen it dozens of times. These educated and well-meaning reps struggle with articulating what they just listened to during role play. They’re fumbling, uncertain of what they should say or do next. It’s messy. The sales managers are scratching their heads, concerned that their team just isn’t getting it.

Lesson learned, and that’s because transferring knowledge into actionable behaviours (during role play) is tough! We reassure sales managers all the time that this is expected and is actually a great wake-up call because we know that we learn best by doing and with repeated practice. Olympic medalists don’t watch a YouTube video then head straight to the podium.

Role play is not intended to embarrass or shame, quite the opposite, it is to reinforce. And not to reinforce the skill necessarily. But the reinforce the idea that this isn’t as easy as it looks. That’s because, while the trainer is delivering the workshop the attendees are “unconsciously incompetent” – they seem to be getting it and following along. However, during the role play exercise, participants very quickly become “consciously incompetent” – they are aware that they don’t get it much at all. In fact, its not likely that they will get much past this stage during a one or a two day workshop. All you’re going to hope to achieve is getting your team to reach conscious incompetence – the realization that they’re not very good at this newly learned skill, and that more practice and repetition is required.

Can you guess what the attention-span is going to be like AFTER the role play? The attention of the attendees will have shifted to wanting to know more and how to fix their weak areas. They’re engaged. Mission accomplished.

In fact, it’s not without practice and reinforcement that they will ultimately become “consciously competent”. And this doesn’t happen during training. It only happens after training, assuming that the sales manager takes our advice and sets up ongoing practice sessions for his or her team. Don’t worry, this is quite natural and normal behavior.  It’s not until ongoing role play exercises, well after the initial training session, that things start to sink in and “ah-ha” moments start flying around the room.

Here’s a couple pointers to share with sales managers about incorporating practice sessions into their Salesforce training:

During our training sessions at Salesforce Training, we are strong advocates of role plays because we know people retain newly learned skills by practicing them. Tweet: #Salesforce Training encourages sales managers to incorporate practice sessions days after the workshop @salescoaching.

It’s easy to “sit and listen” as mentioned in last week’s post but you’re going to have the best success in Salesforce adoption by “doing”.

Salesforce Training helps organizations improve their utilization of Salesforce and increase adoption rates. With consultants and trainers across the U.S. and Canada, we are well positioned to help sales leaders with the guidance and ongoing support to ensure positive behavior change in their sales teams.

If you are leading a large to mid-size organization and you know your Sales Manager would benefit from Salesforce Training, contact us at info@salesforcetraining.com or call 1-800-761-7382.